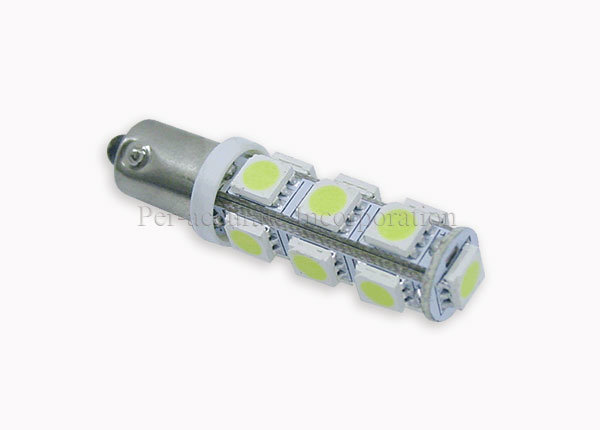 First of all, standard LED bulbs are generally not as bright as standard incandescent bulbs

Whenever we are saying a LED BULB can replace a standard bulb, we are talking about this  LED has the same ” effectiveness ” as the regular bulb. Because lighting source for auto LED is also affected by some other opto-issues such as the reflection from the plastic module, creating better visual feeling than regular bulb.

We do not rate LED auto bulbs lumens：

LED’s lighting source is directional and should NOT be measured and calculated by LUMEN,we do not know how a maker can make a lie to write this kind of information in their specification sheet. We are a responsible supplier and we do not offer any information to rate intensity in so called LUMEN because this unit does not exist in LED lighting. The intensity of  LED should be measured in CD (Candela)

Longer life, faster on/off times, lower power consumption, more vivid colors(Ra>85%), but NOT brightness. They are generally not as bright but some of them with large numbers of  LEDs, will appear brighter than filament bulbs. As an exception, our High Power LED car bulbs are as bright or brighter than most standard filament car bulbs. The light is distributed differently so they can appear brighter in some applications and not as bright in others, it depends on the size and shape of the bulb housing and reflector.

Most LED bulbs emit light like a flashlight, all out the end：

Regular filament bulbs emit light from the end and all sides, so they will be better suited for some lighting applications than LED bulbs. This is the same reason why we do not rate LED car bulbs in lumens or watts, the numbers would be deceptively low because the light is measured from all sides and the end on standard filament bulbs but only from the end on LED bulbs.